In terms of manganese ore, due to the impact of the epidemic in 2020, the rhythm of the manganese ore market was completely disrupted, and the demand for steel and alloys was affected and reduced. Terminals and downstream products were accumulated, and the demand for manganese ore was suppressed and difficult to release. The domestic market, which was supported by the reduction in the imported manganese ore, was also depressed after a brief rise after the holiday. The market has been in the waiting stage. Recently, the downstream silicon manganese manufacturers closed their sales, the silicon manganese futures rose, and the export of manganese ore may inevitably be restricted under the escalation of overseas epidemics. Under the comprehensive support, the spot price of manganese ore quickly rises in advance, and the continuation of the rise depends on the demand support under the conditions of infrastructure construction and alloy production.

Regarding ferromanganese, under the influence of the 2020 epidemic, steel mills were unable to sale goods smoothly, which leads to high inventory levels. The demand for raw materials has shrunk and prices have been significantly suppressed, and the ferromanganese market has weakened with sufficient supply. Under the weak market, the cost advantage is particularly prominent, and the advantages of the big manufacturers under the market survival of the fittest are obvious. How will SMEs respond? With the restoration of terminal infrastructure, when will the ferromanganese market stand high level again?

Silicon Manganese: Until the end of March, affected by the epidemic situation, silicon manganese alloys have risen markedly for two consecutive times, currently showing an "N" shape. The rapid and large fluctuations are the recent characteristics of the silicon manganese market. The sudden change in the manganese market is destined to break the mild trend of last year. In the next quarter, will silicon manganese exclude external factors and return to the supply and demand level? Where is the high level of silicon manganese this year? Both deserve attention.

2020 FerroAlloyNet June Manganese Summit will join hands with many representatives of manganese companies in Guangxi to sincerely invite domestic and foreign manganese companies, traders, manufacturers, steel mills, futures agencies, manganese industry related service providers, etc. to gather together to interpret and analyze hot issues in the development of the industry, exploring the 2020 manganese industry market together and the development of enterprises in the new situation.

Copyright@2003- 2020 FerroAlloyNet.com Limited and/or its subsidiaries and licensors. All rights reserved. 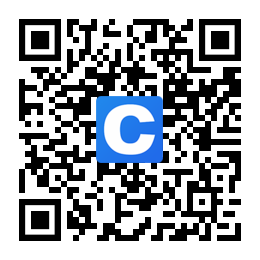